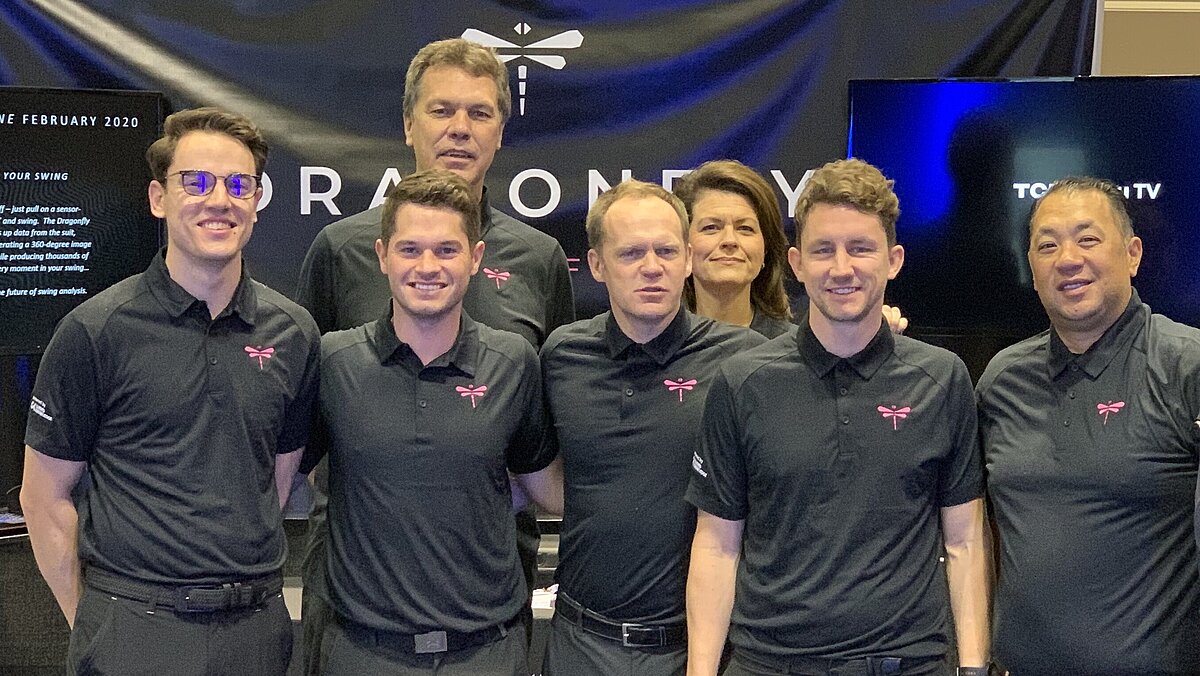 Golf Digest declares “This is the coolest product golf has seen in years ... and it might revolutionize the industry, too.”

Golf Digest reported, “This is the coolest product golf has seen in years ... and it might revolutionize the industry, too.”

The Dragonfly Golf system is the next generation of high-performance sports technology that makes 3D motion capture mobile, accessible and more affordable. It includes a pioneering 18-sensor smart suit and digital coaching app that offers golf professionals the benefits of 3D technology to improve their game.

The technology translates a host of previously invisible data into practical yet powerful insights via hundreds of performance metrics, 360-degree visibility and instant feedback via a smartphone. No longer trapped in a motion capture studio or tethered by wires like other products, the Dragonfly Golf system allows you to capture, measure and monitor swing performance with unparalleled accuracy and reliability anytime, anywhere to unlock a competitive advantage.

Guided Knowledge debuted its technology at the 2019 PGA Show where it won the United Inventor’s Association’s Pinnacle Award for “Best In Show” and was heralded by Golf Digest editors as one of  “the coolest, freshest and most intriguing stuff golfers should know about at the PGA Merchandise Show.”

“This year, PGA Show attendees will see the complete Dragonfly Golf system live and in-action on Demo Day,” says Jon Dalzell, Chief Science Officer for Guided Knowledge. “I am excited to show golf professionals how they can take the power of 3D motion capture from the lab to range – and beyond to the course! – to train smarter, not harder.”

Dragonfly Golf is the Official Wearable 3D Motion System of the IMG Academy Golf Program. Feedback from coaches using the system affirms the technology’s ability to supercharge both the capability and capacity to work more efficiently and effectively with players.

The Dragonfly Golf Early Adoption Program is initially rolling out in the U.K. and Florida (USA). In the near future, we will be looking to expand to additional golf-centric regions. Given the interest we have received from the PGA Show, we will likely be expanding our geographical footprint sooner than expected!

If you are interested in joining the Dragonfly Golf Early Adoption Program, please contact Derwynne Honan at +44 (0) 2394005281 or derwynne.honan@guidedknowledge.com.

The Dragonfly Golf US team is growing